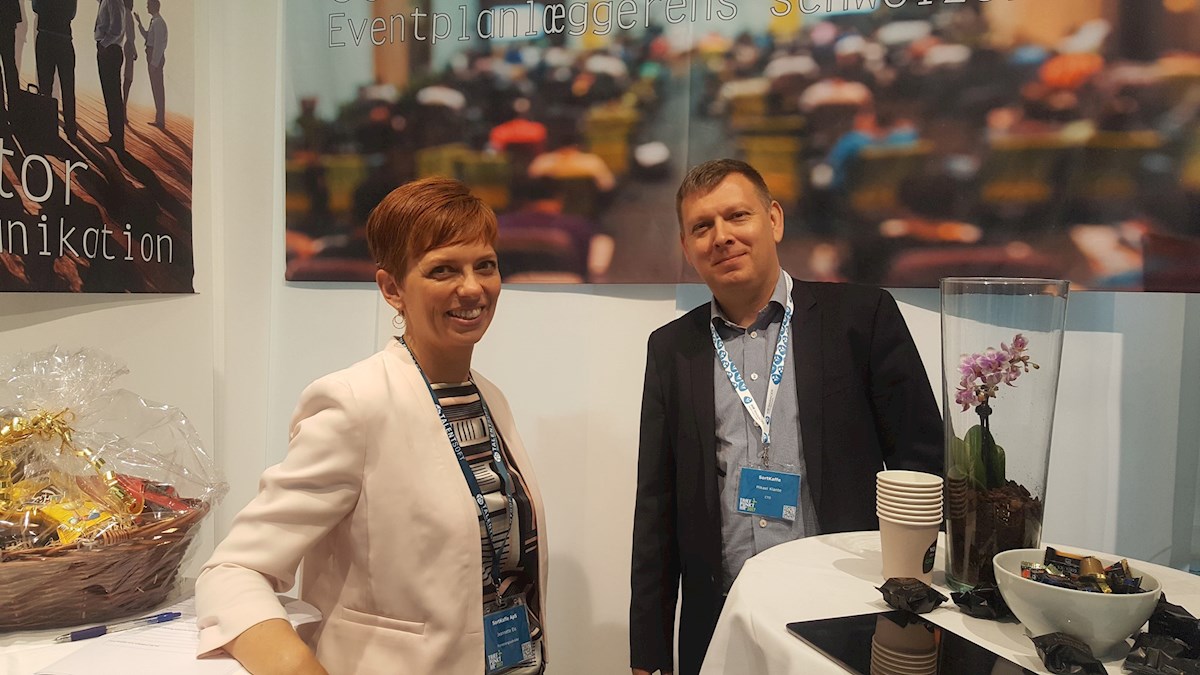 Attendwise ApS saw the light of day in 2011. At that time, apps were the new black, and we developed tailor-made apps for after school institutions, museums, tourist agencies and municipalities, including a conference app for a department in Aarhus municipality.

The case with Aarhus Municipality became the seed for our event platform ConferenceCommunicator, which today is our core product. We embarked on the development of our conference app in 2014, which over the years has been expanded with features to also embrace trade shows and networking events in addition to conferences and courses.

Development and marketing of ConferenceComunicator and Guestbook

Based on customer demand, we quickly saw an idea in expanding ConferenceCommunicator with other modules that embrace the entire process of planning and executing events. From marketing, collecting registrations and material to communication, participant involvement and relevant meetings.

Alongside the growing need to hold online meetings and events, we have expanded the range of features with a virtual event platform, called ConferenceCommunicator Live.

Guestbook was created on the basis of a customer query, which is a simple digital guest registration for companies and organizations, as well as cafées and restaurants.

Mikael has more than 25 years of experience in the development and project management of digital solutions. Before founding Attendwise, he, as a former online manager at Scanad advertising agency, solved a number of web tasks for customers such as Expert, Skoringen, Politiforbundet and TDC.

Mikael has since the company's inception had a penchant for developing useful apps and web-based solutions. And now all development and maintenance is connected to ConferenceCommunicator and Guestbook. Mikael is known for solving things quickly. He does not like long to-do lists. Which is why customer input and inquiries often result in improving our event platform.

Jeannette's passion is to help event organizers plan, execute and follow up on their events by using event software. She is the customer's sparring partner and makes sure that there is not a long way from customer input to action. Jeannette is very fond of writing, and regularly writes blog posts and magazine articles about event technology.